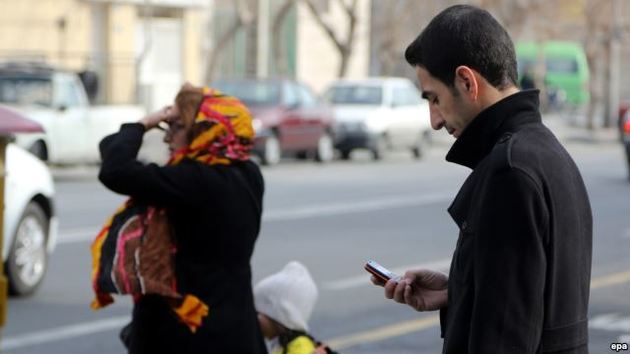 An Iranian cyberpolice official says the authorities have called on Internet giants like Google to cooperate with the government to prevent online crimes, a move that comes amid concerns that a renegade Russian tech mogul's messaging app may have caved in to Tehran's demands.

Hossein Ramezani, Iran's deputy cyberpolice chief for international affairs, told reporters this week that Tehran has asked Yahoo, Google, and the messaging app Telegram to "work with us in the prevention of criminal acts," the semiofficial ISNA news agency reported on September 2.

Iranian officials said earlier this year that the country could allow Internet giants to offer their services in the country if they respected Iran's "cultural rules and policies," and that the Islamic republic did not "tolerate" social-networking sites that allow the sharing of "."

Iran maintains tough Internet censorship rules, blocking thousands of websites and monitoring the online activities of its citizens, including activists and critics of the establishment. Several activists say they have been interrogated, harassed, and sentenced to jail terms due to their online activities.

Requests for comment on their dealings with the Iranian government went unanswered by Yahoo, Google, and Telegram, a mobile messaging app popular in Iran that is backed by Pavel Durov, the enigmatic founder of Vkontakte, Russia's most popular social-networking site.

Washington-based Internet researcher Colin Anderson says U.S.-based Internet giants like Yahoo and Google are unlikely to comply with requests by the Iranian government, but that the situation is less clear with Telegram.

The messaging app in recent months has become popular among Iranians, who use it to communicate with each other and share content, including pornography and political satire.

Durov, who in the past has refused to comply with Russian authorities' requests to hand over Vkontakte user data about Kremlin critics, that Telegram had been "the most downloaded app in Iran for some time."

Nariman Gharib, a London-based Iranian Internet researcher, says that in recent weeks some of Telegram's features have been restricted in Iran, apparently in connection with demands by Iranian authorities.

Some tools on the app "have become inactive for Iranian users," and "some [pornography] bots have also become inactive," Gharib says. Most of the blocked features appear to deal with the sharing of pornography, but he says that the development has led to concerns that further restrictions could follow.

"It's not clear how far [Telegram] is ready to go regarding its restrictions and censorship efforts," he adds.

Anderson shares the concern. "The opaque manner in which Telegram is behaving is concerning, particularly given that their service does not provide strong security assurances by default," Anderson says.

Durov said last year that he sold his 12 percent stake in Vkontakte amid pressure from Russian authorities, including requests to shut down a page on the networking site dedicated to opposition leader Aleksei Navalny and turn over data about users tied to the 2014 Euromaidan protests that led to the ouster of Ukrainian President Viktor Yanukovych, a Kremlin ally.

Durov has said that he refused to comply with the demands.

Following reports of disruptions of access to Telegram in Iran, Deputy Communications Minister Mahmud Khosravi by the hard-line Tasnim news agency in July as saying that Iranian authorities had contacted Telegram.

"We sent an official letter to Telegram and told them your network has a problem in Iran. Let's sit and solve the problems," Khosravi as saying.

"They said: 'We didn't know users in Iran misuse them,'" Vaezi quoted Telegram managers as saying. He added that the features had been blocked so that Telegram could keep a presence in Iran.

"I told them if the issue is not repeated, then [the ministry] will not prevent the activities of Telegram in Iran, and Telegram will not be blocked," Vaezi as saying.

A pro-reform journalist in Tehran who requested anonymity says that he is worried about the reports. "The number of Telegram users has grown significantly because it is said to be secure for users, especially for people like us who discuss sensitive political issues," the journalist says via Telegram. "The reports suggesting that it is now complying with the [Iranian] government's demands are worrying."

The International Campaign for Human Rights in Iran said last week that global Internet and technology companies should avoid putting Iranian users at risk by sharing their private information with the Iranian government.

The New York-based rights group called on Telegram to issue periodic transparency reports to assure Iranian users that their online data are safe.

Basketball icon Kobe Bryant and his young daughter died in a helicopter crash in early 2020Vanessa Bryant, the wife of ...