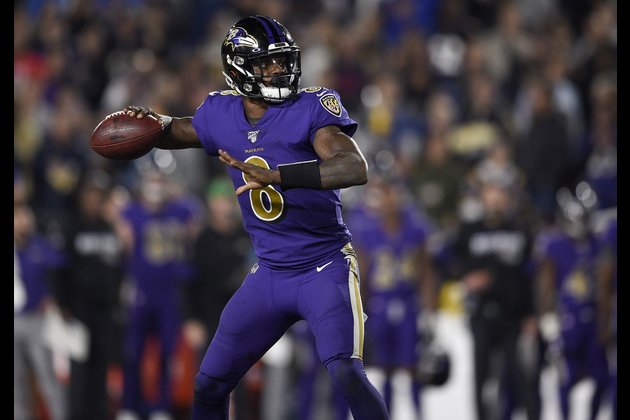 The 2019 NFL Most Valuable Player filed the federal lawsuit on Wednesday in the Southern District of Florida.

The items and apparel in question feature phrases such as "Action Jackson," "Lamarvelous" and "Not bad for a running back."

Amazon did not immediately respond to a request by The Baltimore Sun for a comment.

Jackson, 23, earned unanimous MVP honors in his second NFL season in 2019 after leading the league in touchdown passes (36) and setting an NFL record for rushing yards by a quarterback (1,206). The former Heisman Trophy winner guided the Ravens to a 14-2 record during the regular season.