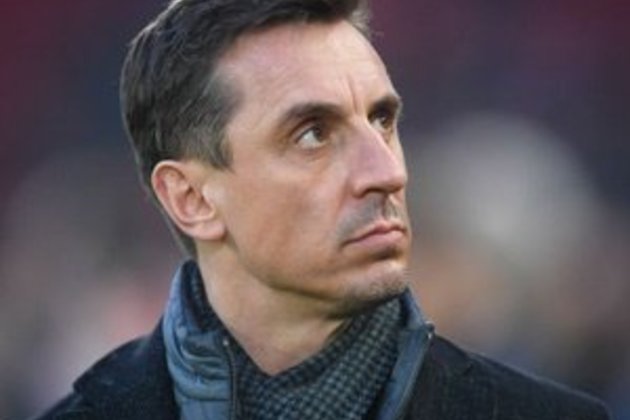 Former England defender Gary Neville said he "doesn't get" the decision to have all English football season from the seventh-tier down brought to an end with results from the campaign voided in response to the coronavirus outbreak.

Thursday saw England's governing Football Association (FA) announce that no promotion or relegation will take place from the leagues affected in what could be an important precedent if the suspension of professional games due to the Covid-19 pandemic is extended.

"The FA and NLS (National League System) steps three to six have reached a consensus that their 2019-20 season will now be brought to an end, and all results will be expunged," the FA said in a statement.

"This will mean no promotion or relegation of clubs between NLS steps three to six, and no promotion to NLS step two."

But the move was met with dismay by several clubs, with former Manchester United and England defender Neville, a co-owner of Salford, now in fourth-tier League Two but until recently a non-league side, saying: ""

Meanwhile, the chairperson of South Shields, 12 points clear at the top of the Northern Premier Division and all but assured of promotion to National League North, has threatened the FA with legal action.

"SSFC will be writing to the FA in the strongest possible terms and will seek an appeal or will take legal action," said Geoff Thompson.

"Whatever the outcome following this appalling decision, the club will continue as before. However, there is no denying this decision has a huge financial impact."

Men's grassroots football and women's football below the top two tiers were also brought to an end to "allow the game to move forward and to commence planning for next season."

The Premier League and English Football League have so far insisted they will try to finish the current season whenever it is safe to do so.

Football is currently suspended until at least 30 April with that date expected to be pushed further back at meetings next week.

On Monday, the British government imposed further restrictions on movement to just essential work, shopping for food and medicine and one form of exercise a day, with those measures set to last at least three weeks.