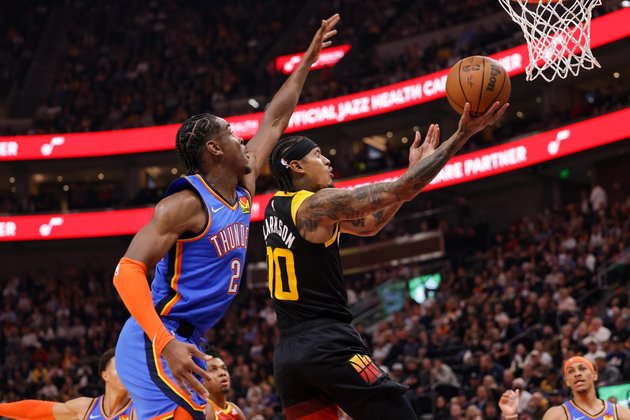 Bojan Bogdanovic scored 22, Jordan Clarkson added 18 off the bench and Rudy Gobert compiled 21 rebounds and 16 points to lead the Utah Jazz to a 107-86 win over the Oklahoma City Thunder on Wednesday night in Salt Lake City.

All-Star Donovan Mitchell, the Jazz's leading scorer last year, struggled from the field while scoring 16 points on 6-for-17 shooting in the two teams' season-opening game.

Mitchell did score 12 points in the third quarter when the Jazz blew the game open.

Shai Gilgeous-Alexander led the Thunder with 18 points. He only hit 1 of 7 3-pointers as the Thunder shot just 37.4 percent overall and 20 percent from beyond the arc. Darius Bazley (15 points) and Jeremiah Robinson-Earl (10 points) were the only other Oklahoma City players in double figures.

The Thunder only held a lead for 10 seconds the whole night as All-Star point guard Mike Conley drained a 3-pointer shortly after Gilgeous-Alexander put Oklahoma City up 2-0 in the first minute of the game. Conley ended with 10 points and four assists.

Gobert and Bogdanovic followed up with some buckets as Utah scored nine straight for an early 9-2 run.

The Jazz's defense held the Thunder to just 18 points in the opening quarter and 24 points in the first half en route to a 54-42 halftime lead. Utah, which had the best regular season record in the NBA last season at 52-20, took that edge despite getting just two points from Mitchell.

Utah came out on fire in the second half, blowing the game wide open with a 13-1 run to begin the third quarter and go ahead 66-43. Mitchell netted two 3-pointers in that streak and finished with 12 points in that period to push Utah's advantage to 83-63 heading into the fourth.

Joe Ingles hit a game-high four 3-pointers and scored 14 points for Utah, while former Jazz big man Derrick Favors contributed just four points and nine rebounds in his return to Vivint Arena after signing with the Thunder in the offseason. 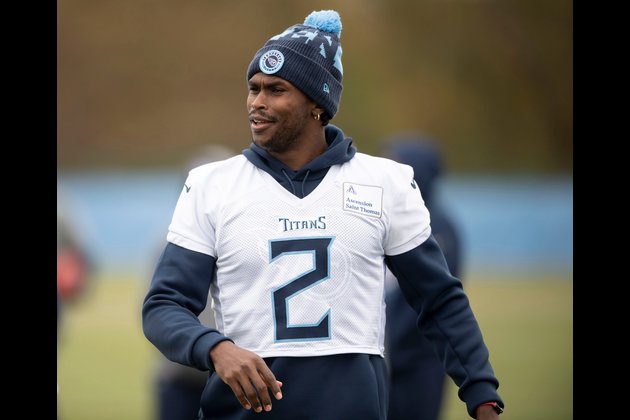