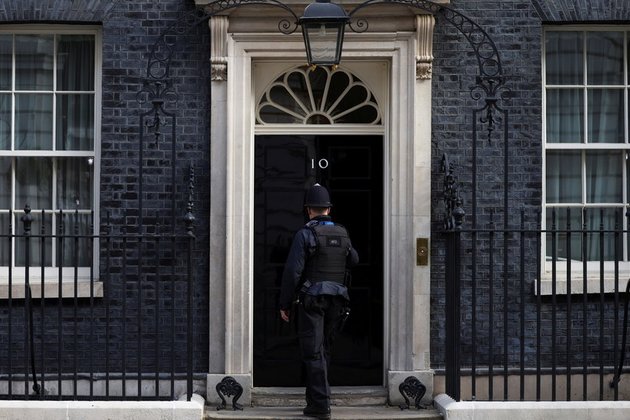 An ex-England and Manchester United favorite has encouraged the public to descend on the UK government's London base to protest against mandatory Covid jabs, vaccine passports and "lies".

Gary Neville came through the Red Devils' academy in its famous Class of '92, and as a rare one-club man won the Premier League eight times and the Champions League twice.

Now a pundit for Sky Sports, he has been outspoken on issues such as the European Super League and, increasingly, the rule of the current Conservative government in the UK.

Accusing the Prime Minister of "distraction tactics" amid reports that a Christmas party was held at Downing Street during lockdown last year, Neville embarked on a Twitter video rant in which he demanded "vile" Boris Johnson's resignation and said "enough is enough" of the "mistruths" while the leader was preparing to announce more covid restrictions in response to the omicron variant.

"The reports emerging that Boris Johnson is going to announce a press conference at 5.30pm, the distraction tactic is now a predictable one," began Neville to his five million followers.

"We've seen it for the last two years. This guy lacks integrity. He lies to us constantly. The mistruths that come out of number 10 are just constant.

"Not only that, but he's the worst kind of leader. Someone who expects his team to go under with him and come out and lie for him. His ministers and his MPs are constantly forced to do that and enough is enough."

"It's not even about a party or a social gathering on December 18," Neville stressed. "Or a secret Santa or a cheese and wine.

"It's about actually having a guy at the top of our country who believes he can take us all for a ride and laugh at us.

"He does it time after time after time. This cannot be let go. Now is the time to get this guy out of number 10 and start bringing some standards back into politics."

Before that, Neville had addressed rumors on Johnson's Plan B protocol containing orders to work from home and carry vaccine passports by telling him to "do one".

After Johnson did indeed announce the new measures with those instructions, Neville returned to rant mode.

"He just needed to apologize," the ex-right back raged. "Instead, he gave us more lies, threw his team under a bus, [introduced] vaccine passports, introduced the potential for mandatory vaccines, resignations and work from home while being able to party away. The walls are closing in and his own MPs will turn very soon.

On Thursday morning, the 46-year-old ran another poll with echoes of his anti-vaccine passport survey in July, which engaged almost 320,000 users with a 60-40 percent split against the plans.

Neville had attempted to gauge the interest of an angry public in protesting on Downing Street "to stand up for truth and integrity in our democracy against the Scoundrel and his disciples".

"18th December seems the right date. Have no idea how to organise," he admitted.

Neville's latest poll has seen close to 75,000 voters nod 90-10 percent in favor of the anti-government action.

Premier League clubs are reportedly set to demand vaccine passports in order for fans to gain access to stadiums.