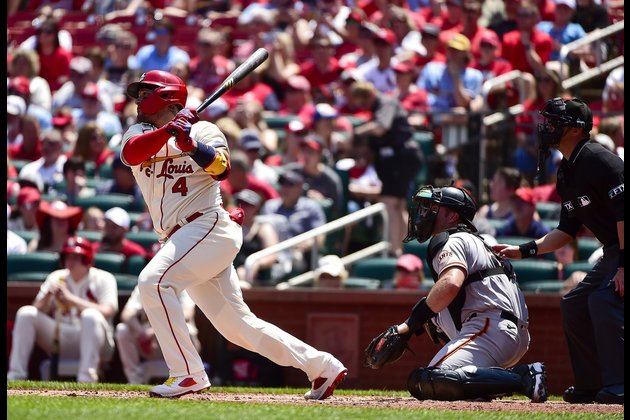 Hudson (3-2) allowed five hits and two walks as the Cardinals won for just the second time in seven games. Four relievers combined to surrender just three hits the rest of the way.

The Cardinals claimed a 1-0 lead in the second inning on doubles by Yadier Molina and Brendan Donovan.

Hudson escaped trouble in the third inning. LaMonte Wade Jr. hit a one-out single and Joc Pederson drew a two-out walk, but Mike Yastrzemski lined out to end the inning.

Joey Bart hit a leadoff single in the fifth inning and Brandon Belt added a one-out single. But after Pederson hit into a force, Molina threw Pederson out trying to steal second base to end the inning.

The Cardinals threatened with two-out singles by Corey Dickerson and Molina in the sixth inning, but John Brebbia relieved Junis and retired Dylan Carlson on a chopper.

After Andre Pallante relieved Genesis Cabrera in the seventh inning, Donovan Walton hit one-out double, Bart walked and Wade Jr. lined a single to load the bases. But Ryan Helsley relieved Pallante and got Belt to hit into an inning-ending double play.

The Cardinals expanded their lead to 4-0 in the bottom of the inning. Edmundo Sosa had an infield single and scored when Paul Goldschmidt hit a fly ball that center fielder Austin Slater lost in the sun for an RBI double.

That extended Goldschmidt's on-base streak to 21 games. Nolan Arenado followed with a RBI double to the left field wall.

Giovanny Gallegos pitched the ninth inning to close out the victory.