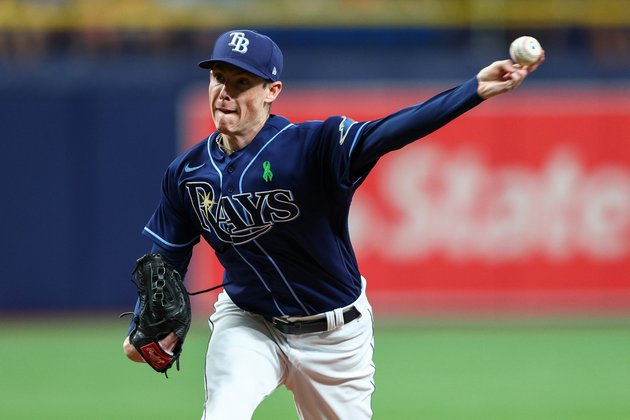 Prior to the solo shot by Hernandez, the game had been tied 1-1 since the first inning. Jansen added a two-run home run after the blast by Hernandez and Lourdes Gurriel Jr. had an RBI single in the uprising.

Vladimir Guerrero Jr. scored Toronto's first run in the top of the first inning. Guerrero singled to extend his hitting streak to 11 games. Hernandez followed with a single and Bo Bichette walked to load the bases. Guerrero then scored on a sacrifice fly by Santiago Espinal.

The Rays quickly tied the game as Yandy Diaz led off Tampa Bay's half of the first inning with a home run.

Tampa Bay starter Ryan Yarbrough, who is being brought along slowly after beginning the season on the injured list, didn't pitch badly. He went 3 2/3 innings and gave up one earned run and two hits. Yarbrough, who was making his third start of the season, was pulled after walking two straight batters with two outs in the top of the fourth inning.

Tampa Bay's Manuel Margot extended his hitting streak to a career-high 11 games with a single in the fourth inning. Margot also singled in the sixth inning.

Toronto reliever Tim Mayza (2-0) got the win after holding the Rays hitless in the seventh inning. Adam Cimber and Jordan Romano each notched a scoreless inning.

Tampa Bay reliever Ryan Thompson (1-2) took the loss as he gave up four runs on four hits in the eighth inning.