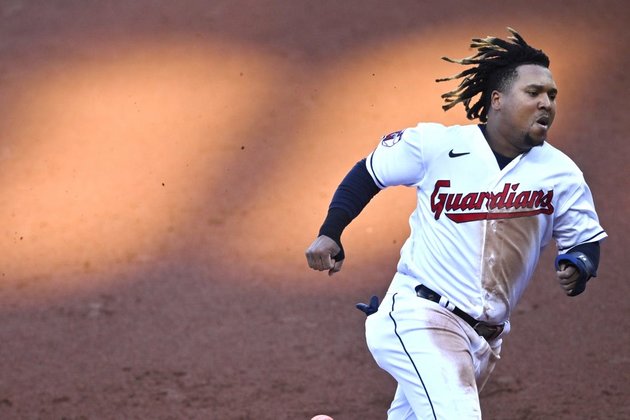 Jose Ramirez had four hits and two RBIs as the Cleveland Guardians headed into the postseason on a winning note, beating the visiting Kansas City Royals 9-2 in the finale of a six-game series on Wednesday.

Aaron Civale (5-6) allowed two runs over six innings for the Guardians (92-70), who open a best-of-three wild-card series at home against the Tampa Bay Rays on Friday. Civale gave up five hits, with one walk and nine strikeouts.

Kyle Isbel and Vinnie Pasquantino each homered for Kansas City (65-97), which was outhit 15-6 in the regular-season finale for both teams.

After Pasquantino gave the Royals a brief lead with a solo homer in the first, Cleveland answered with four runs on five hits in the bottom half.

Naylor came to the plate with two outs and doubled in a pair of runs against Jonathan Heasley (4-10). Brennan and Maile added RBI singles to cap the rally.

The Guardians tacked on another run in the second when Steven Kwan hit a leadoff double, moved to third on Amed Rosario's groundout and scored on Ramirez's single.

Cleveland moved ahead 6-1 in the third when Straw's sacrifice fly scored Brennan, who doubled to lead off the inning.

Isbel began the fifth inning with his fifth homer of the season, a 372-foot shot to right field.

Carlos Hernandez relieved Heasley in the sixth and gave up a two-out, run-scoring single to Ramirez, who ended the regular season with a career-high 126 RBIs.

Ramirez has hit safely in five straight games, going 9-for-21 with one homer and seven RBIs.

Straw singled in a run in the seventh for the Guardians, who closed the regular season by winning 24 of their last 30 games.